chaff cutter is widely used in rural areas. It can not only cut all kinds of fresh hay and straw, but also can be used for the processing of livestock forage and silage. It can also be used for straw returning and for weeding of manure. Cutting work, especially suitable for rural farmers. However, if the chaff cutter is not properly operated during use, it is prone to mechanical failure and affects work efficiency. So how to eliminate it after a common fault? 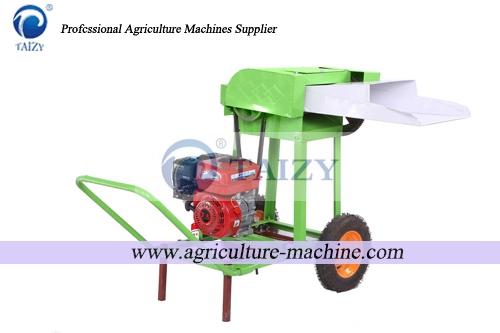 chaff cutter troubleshooting:
In the process of use, if the chaff cutter the forage between the upper and lower feeding rolls,the fault was mainly caused by too much feeding, which caused the clotting and winding between the lower feeding rolls and the bridge. The elimination method is that after stopping the machine, turn the large belt pulley of the spindle by hand, then the grass can be poured out, and then the feed roller plug and wrapped grass can be cleared. If cut out of the section of grass too long, mainly because of moving, fixed blade clearance, or moving, fixed blade blade not sharp. When troubleshooting, adjust the cutting clearance to make it smaller and sharpen the blade to keep the blade sharp.