The disc harrow is composed of a raked frame, a rake group, a traction or suspension device, and a deflection adjustment mechanism. It is a machine that spreads the ground, compost, and weeds to make them adhere to the surface of the farmland. This machine mainly used to loosen the soil after plowing to meet the agronomic requirements of soil preparation before sowing. It is also used for weeding or doing shallow tillage and stubble removal on the stubble field after harvest.

The main difference between disc harrow and disc plow:

Since the disc plow and the disc harrow have similar names, many people confuse the two tools and think that they have the same function. In fact, they have many differences. Here we mainly distinguish them from these aspects:

1. The objects which they work on and the functions of the machines are different: the disc plow is mainly used for plowing the uncultivated land, and the disc harrow is used for the crushing and leveling of the cultivated land.

2. The way of connecting with the engine is different: the disc plow is a three-point suspension type, and the disc harrow has a large traction type and a small suspension type.

3. The structure of the machine and the force during operation are different: the disc plow is like the position where the plowshare is installed on the three-point suspension plow, instead of installing two or several disc plow bodies and soil turning plates.

2. It requires less power and has high operating efficiency. It can also save energy,  avoid excessive plowing of the soil, and the soil after the harrow can be fully mixed, which can promote the activity and chemical decomposition of microorganisms in the soil.

It has unbiased traction, high operating efficiency, reasonable power utilization, and a strong ability to enter and crush the soil. The ground surface is flat after harrowing and the soil is loose. The opposed light disc harrow is suitable for heavy soil, wasteland, and weeds.  Opposed light disc harrow matched with large horsepower.

This type of disc harrow is mainly suitable for breaking the soil after plowing, doing soil preparation before sowing, loosening the soil, making soil and fertilizer mixing, and making stubble removal operation in slight soil. The machine has the characteristics of reasonable structure, sturdiness and durability, convenient use, easy maintenance, strong soil crushing ability, and smooth ground surface after raking. The matching horsepower is slightly smaller and the depth of cut of mounted light duty disc harrow is smaller than the other two.

1BJX mounted middle duty disc harrow adopts notched blades, and the rear harrow group adopts disc harrow blades. It is suitable for stubble removal before plowing of dry farmland, breaking the soil after plowing the land, and light soil with harrow instead of the plow. The rake blades of this series produced by us are of good quality and have a long service time. The whole machine has beautiful lines, diverse colors, and complete varieties, suitable for the belts of four-wheel tractors with different horsepower. The flat surface can meet the requirements of intensive farming.

2. The lifting and falling of the hanging harrow should be slow and stable. Excessive operation is not allowed, and the human body is not allowed to increase the weight of the harrow to force the harrow into the soil.

4. When serious soil erosion and dragging occur, the reasons should be analyzed and eliminated, and forced operation is not allowed. When the rake is close to the ground, the rake blades are not allowed to touch the ridge, stone ridge, etc.

5. When transferring plots or short-distance transportation, the working mechanism of the rake must be raised to the highest position to be locked, so that the agricultural implement is in the transportation position, and the limit chain is tightened.

We are a factory that has been established for many years. The machines which we produce are made of high-quality materials and have been checked several times to ensure reliable quality. Our employees are also veterans with many years of experience, with good service attitude and high work efficiency. If you are interested in our products and you want to learn more details about our machines, you can leave your contact information, our staff will contact you within 24 hours, welcome to consult. 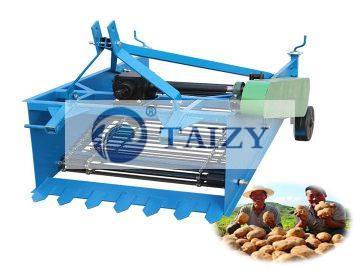 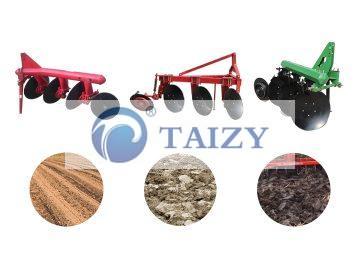