Yangchang, a Chinese word, is interpreted as the use of wooden shovels and other agricultural tools to spread grains, beans, etc., and use the wind to remove shells, leaves, and dust. Now, the machine currently used in the raising field is called a grain winnower machine.

The grain winnower machine is a kind of equipment for the simple cleaning of grains. Which can remove light impurities and large impurities in the grains, and select and classify the grains to facilitate the storage of grains.

The function of the seed winnower

The seed winnowing machine uses the principle of wind resistance to removing the bark, sand, etc. from the grain. What’s more, this grain winnower machine is a dual-purpose flashlight. And it is equipped with an adjustable speed switch to adjust the wind speed. Most importantly, it uses a high-quality motor and is durable. In addition, the machine can be used in manual mode when there is no electricity. You can use it to remove impurities from grains such as corn, wheat, rice, buckwheat, sorghum, soybeans, etc. Thus, it is widely used in individual farmers, small and medium-sized grain harvesters, granaries, etc. for gross grain cleaning and fine grain selection.

The working principle of the seed winnower

Using the principle of wind resistance, because the wind resistance coefficients of grain, bark, and sand are different. When raising up the grain, the bark falls near, the grain falls in the middle, and the sand falls in the distance.
Under the drive of fast-rotating wheels and belts, the mixture of grain, bran, and a small amount of crushed stone throw out. Because the throwing speed is the same, the kinetic energy of a large mass is large, and the distance to overcome the air resistance is far. So the distance of movement with a small mass is also small. So as to achieve the purpose of separation. Nearby is the chaff. In the middle is the grain. And there is gravel in the distance, the heavier the stone, the farther it throws.

Advantages of the seed winnower machine

Manual and electric dual-use
Low power consumption
save time and energy
Simple and convenient operation
One seed winnower machine with multiple functions can clean and classify a variety of grains.

The use of intelligent and automated methods of operation will be an inevitable trend of agricultural development. And it will also be an effective way to develop efficient and energy-saving agricultural machinery in the future. In fact，the countries with fairly developed agriculture have adopted high-intensity automated mechanical operations. Which not only improves work efficiency but also reduces operating costs. At the same time, it also increased their absolute advantage in the quantity and price of agricultural products in the international market. So seed winnowing machine has great importance to the development of agriculture. 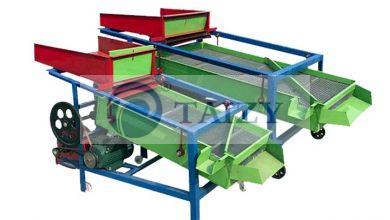 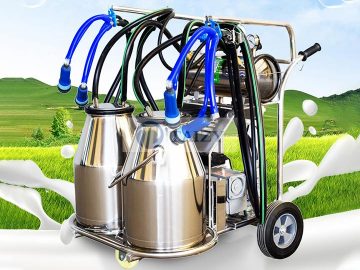