With Denison obtained a patent on August 12, 1839, the machine was an independent manually operated corn thresher machine. With the development of technology, the corn thresher is constantly updated. The current corn thresher can be powered by a gasoline engine, a diesel engine, or a motor. At the same time, one machine can thresh multiple crops. This is also the reason why the multifunctional thresher is popular.

The Features of Multifunction thresher

Multifunctional thresher is used to thresh many different sizes of crops such as maize, beans, sorghum, millet, and it is equipped with high capacity(3-4t/h). Its threshing rate can reach 98%, which means the final kernels are very clean. What’s more, two rollers made of special materials won’t damage corn kernels during operation.

The Operation Video of Multifunctional Thresher

This multifunctional thresher machine is easy to operate, and farmers just need to change screens with different shapes. The first is to thresher corn. You can clearly see that the kernels are very clean, so users don’t need to use grain winnower to clean them again. The second is to thresh sorghum, and there is almost no impurity in the video. The third is to thresh millet. The vibrating screen at the exit can filter twice for a cleaner discharge.

This Multifunctional thresher or maize thresher is suitable for maize, beans, sorghum, millet even though they have different sizes and the farmers just need to change screens.

This Millet thresher can be attached with a motor, gasoline engine, or diesel engine, and it is convenient to operate in remote areas, especially in the region with insufficient electricity.
The following corn shelling machine matches with diesel engine

1.The vibrating screen at the exit can filter twice for a cleaner discharge.
2.During the operation, the corn thresher for sale remains stable and kernels are not easily damaged.
3.After threshing, there are only little impurities and farmers don’t need to use grain winnower to clean them again.
4. Four wheels make it easy to move.

A successful case of a Multifunctional corn sheller machine

Our technicians are checking the machine before delivering. In 2018, having cooperated with us many times, our customer from Nigeria ordered 200 sets of corn thresher machines at a low price again. We carefully produce every spare part to ensure the quality of the machine and provide the best service for him.
He distributed machines to local farmers after receiving them, what makes us astonishing is that farmers’ living standards have boosted a lot since they used our machines. Traditionally, they used their hands to shell corn, which wastes much time and energy, and they do not have available time for other meaningful things.
Multipurpose thresher machine is equipped with high quality and is a new design product combined with many technologies 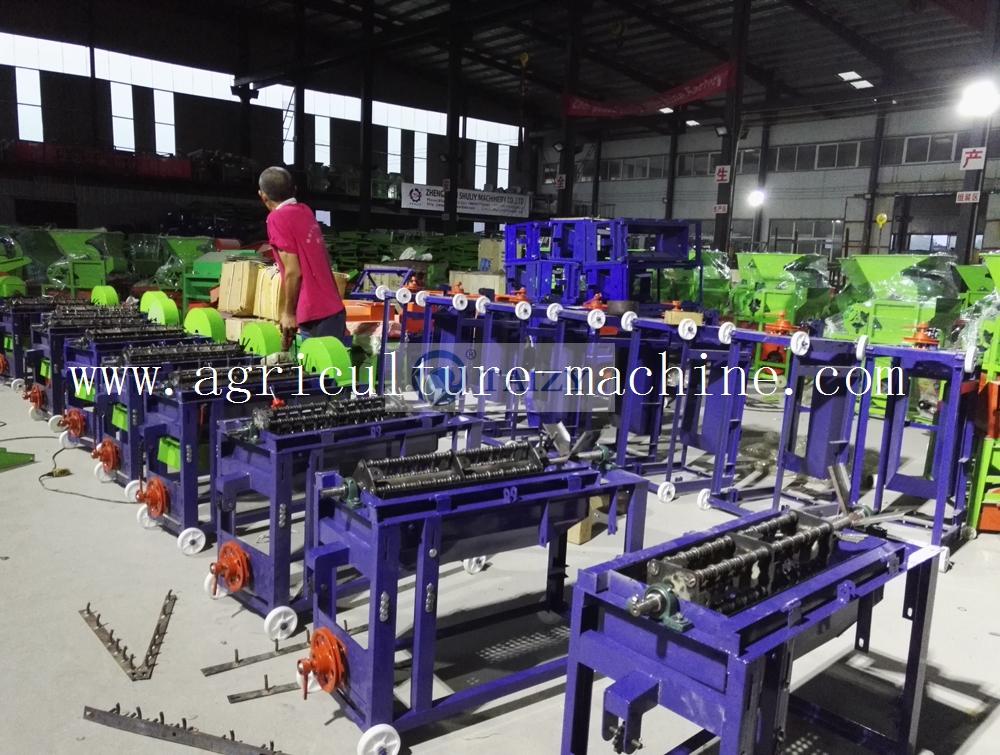 FAQ about the multifunctional thresher

1.What are the raw materials of multifunctional thresher?
The raw materials can be corn, millet, sorghum, and beans.
2.Why can one machine thresh many crops?
The screen inside the machine can be changed according to the different sizes of crops like the following picture. They are successively the screen of beans, millet, and corn.

4.Which country have you exported to before?
We have exported this corn shelling to many countries such as India,
Nigeria, Kenya, the United States, Zimbabwe, South Africa, etc.